look of the day - tumblr inspiration (disney's frozen, sort of?)

This is a WHOLE WEEK LATE. I really wanted to post a makeup look on Lunar New Year (31 January) and I failed. I tried something but I didn't like it and then I spent the weekend visiting my sister and friends at my alma mater, and then it's been cold and snowy and I've had no motivation. I finally sucked it up even though I almost crashed the car today after skidding on ice on the road trying to drop off a third of my closet at Goodwill.

There have been a bunch of wonderfully talented folks on Tumblr editing pictures from Frozen to make characters with different powers, and I saw this one and knew I had to try it. It was perfect for Lunar New Year, too, so why not? 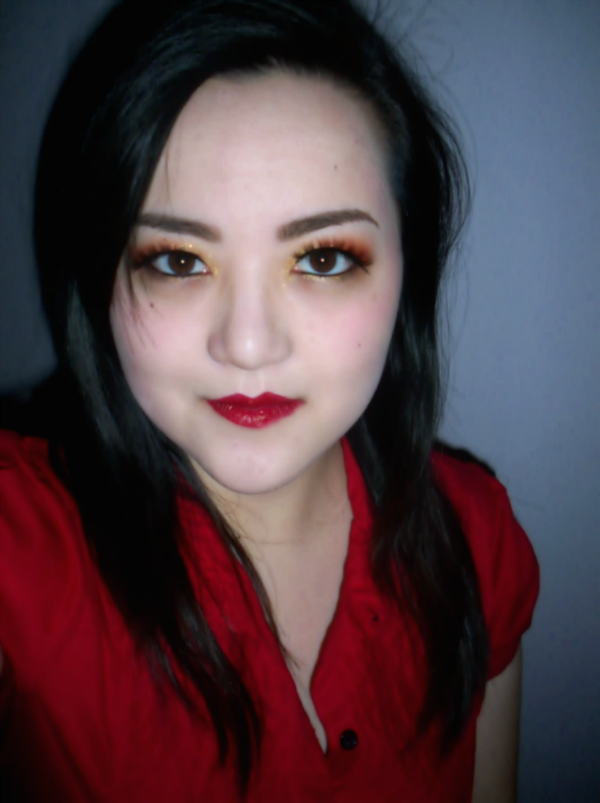 This was done quite similarly to the Elsa look I posted last month, except I used red and gold instead of purple. Gold eyeshadow went into the inner half of my lid and red on the outer half. I used my beloved Sugarpill Goldilux pigment and a red loose eyeshadow with golden sparkle to blend the two colours together.

To finish off the look, I filled in my brows, used a touch of blush, and took a deep red lip tar and brushed it across my lips. Straightforward but bold! 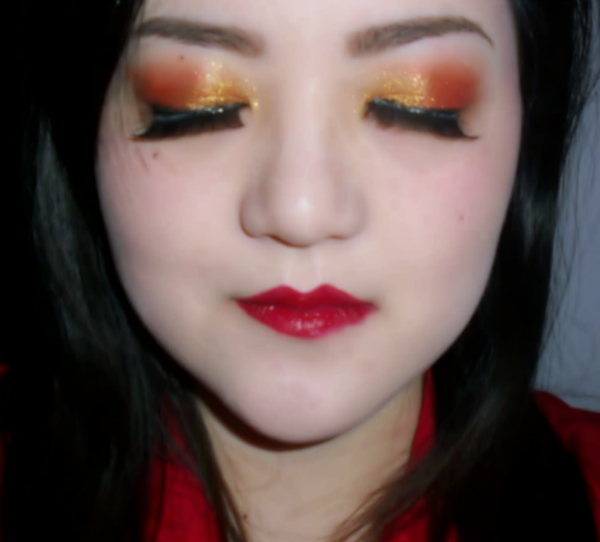 Since it's the new year, I'm pretty sure I want to chop off a good three inches of my hair and possibly dye it a dark purple. Who knows?
Posted by Jen at 6:50 PM