GAME OF THRONES IS TONIGHT AND I CAN'T HANDLE MY EMOTIONS.

(I also went to see Captain America: The Winter Soldier this afternoon, so basically I'm a mess of fandom feelings.)

Confession: I don't really care for Daenerys Targaryen. She doesn't interest me in the slightest when compared with the other characters or the unexplored members of House Targaryen. There's an interesting history that goes back for centuries, but I'd rather invest myself in the likes of Sansa Stark.

And if you don't like Sansa Stark, we need to have a serious conversation.

Despite my general apathy/mild dislike for Daenerys, the Targaryen colours are the most violently contrasting, at least for the great houses of Westeros and since I got a shirt from Akira, I wanted to go with the Fire and Blood theme. 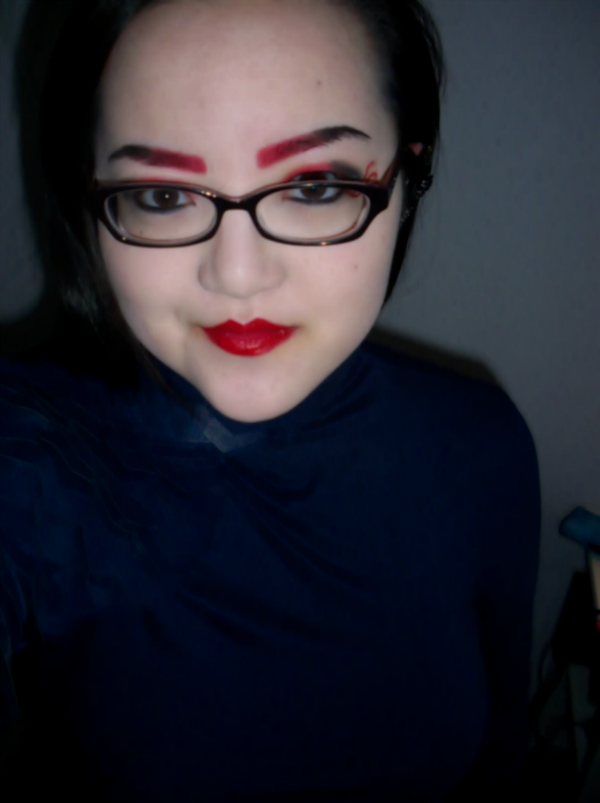 DUMB GLASSES ARE ALWAYS CROOKED. Obviously, this is not a look for the faint of heart. Also, I went a little overboard--a shirt with scales, Targaryen makeup, and a dragon earcuff, but hey, what's life without living in a little excess from time to time?

(I was totally going to do braids, but since this was rushed already, I nixed that idea.) 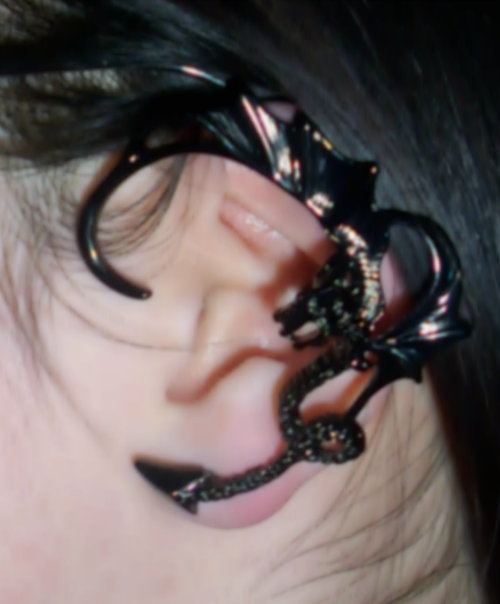 I love this earcuff, but it's really tough to get it on my ear. I managed to snap the post right off within ten minutes of having it home and luckily my dad managed to super-glue it back on, but I'm a little wary of trying to adjust the cuff part because of that. 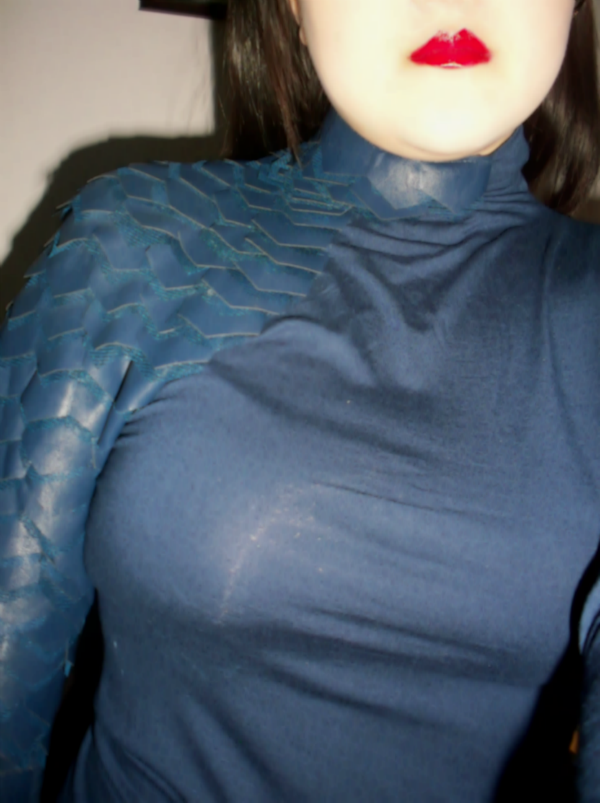 Also, can we talk about this shirt? This is the weirdest angle and it makes my chest look weird, but I'm in love. Yes, it's a turtleneck so it looks a little strange in selfies and yes, it's a wee bit tight in the neck. But I don't care because it's wonderful.

I'm not going to go into great detail for this look unless someone has a serious hankering to try this, but I will say that the red-black ombre brows are totally fun, and I used black eyeliner to etch out the shape of the black eyeshadow on the outer lid. There aren't any close-ups because this look was actually sort of slapped together since I was rushing trying to finish it and eat dinner before going for a walk, but if anyone wants to see a look where there's a defined line between two colours on the lid, I'd be glad to do something and take the time to do it!

The red eyeliner, by the way? Still in love with it. It was also in my Scar look--I drew three curved lines in homage to the Targaryen dragon but I only did it on one eye. 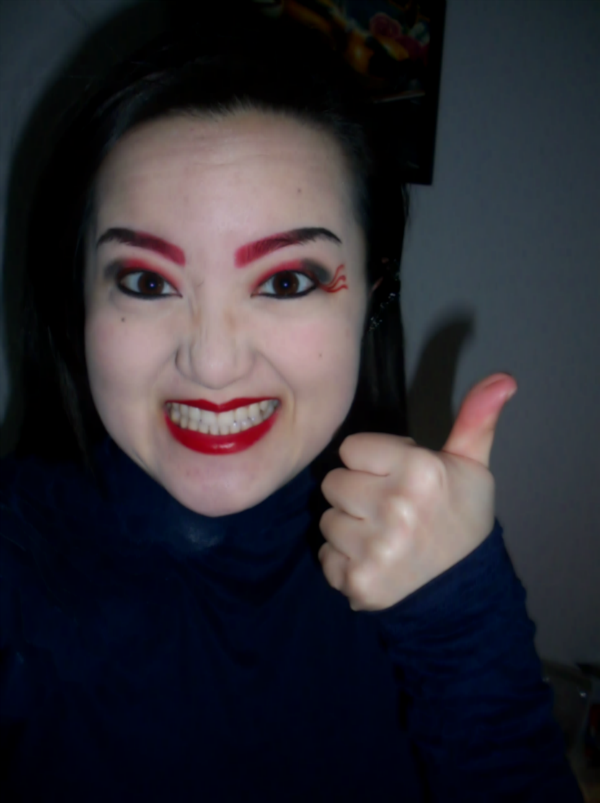 WHO ELSE IS READY FOR SEASON FOUR?!
Posted by Jen at 7:52 PM